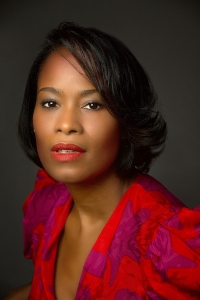 The heart of Dovetales with Deborah was birthed out of an inner desire to help the masses navigate spiritually and emotionally through the testy terrain called life. The past guests who’ve shared their testimony came across a platform which allowed them to place the Bible on a pedestal while providing an opportunity to highlight their ministries through their gifts, skills, abilities and potential. Others encountered no pressure when seeking to talk about Jesus right alongside their career journey and choices; feeling no need to hide Christ in the closet like before. Others expressed the sudden feeling of knowing that Jesus had left the four walls of the church, in a vehicle called Dovetales, in order to plant Christ in the hearts, mind’s, spirit, and souls of God’s people.

The Bible says that the Word of God is living and active (Hebrew 4:12) so, Dovetales with Deborah is all about living actively while being alive in Christ. In the Synoptic Gospels we witness the heavens being torn open as the Holy Spirit descended on Jesus like a dove (Mark 1:9-11). Therefore, as a disciple of Jesus Christ, all believers undergo the Holy Spirit descending on them like a dove and it’s in this new identity that we have new life, new resources, and a new destiny in union with Jesus.

Dovetales with Deborah seeks to document the tumultuous and many times heart-wrenching, bittersweet moments of one’s Christian walk during the Process of Salvation.  At the core, this show demonstrates how Christ will always meet one where they are at physically, spiritually, and geographically vowing to never leave them, for example, in their pain, addiction, mental illness, or when experiencing resistance toward freedom of religion (and expression) for Christ.

Dovetales seeks to tell individual stories of subjective transformation, but also the massive global stories regarding the worldwide impact Christianity has had (and still has) as a current religious movement. The Global Mission of spreading the Gospel is not just being done in the traditional way any longer, because our diverse cultures are also colliding with our religious beliefs therefore, impacting the way leaders deliver the good news . Brazil, a nation of 150 languages and 450 tribes strives, along with its labyrinth of Christian leaders, to understand the gifts of the Spirit and how it can (and will) transform followers of Christ ultimately adding to the Christian movement globally. The United Kingdom, is thriving with a community of Holy Spirit-filled students ignited with the desire to bless those less fortunate when show casing creative talent when finding a place for those rejected in our society, knitting for children, giving proceeds from coffee shops to help educate those in prison, and using funds from bakery shops to help those from human trafficking and prostitution.

Asia is the world’s 5th largest Christian country in the world having 100 million worshippers of Christ under China’s communist rule. Hip Hop artist and pastor ( Jaseon Ma) has traveled over 10 years documenting stories and seeing statistical patterns of the movement of Christ in Asian day-to-day lives convinced that no one knows about the true movement and impact of Jesus in Asia, right now. A story he continues to share regardless, because Christianity is not just a mission field, but is becoming a mission force. In addition, Hip-Hop singer of the band F4 is known for being a Christian, and Korean duo Jinusean (Sean) openly shares his conversion and experience of being Born Again through Jesus Christ. Indonesia, a country that has Christianity as its second largest religion after Islam has experienced gradual change, because Christianity has made its way into the hearts and lives of the people. Since the Jihad have orchestrated attacks in Christian churches many need Dovetales in order to know they are not alone as they seek religious freedom while igniting more groups and Muslim leaders to work together to build peace and understanding, rather than discord and strife.

Dovetales is a platform in which Christ-centered movements can share their stories whether African, Australian, Taiwanese, Polish, Cuban, Hawaiian or Californian. It is a platform for all ages, nationalities, and backgrounds providing the opportunity  to impart what one has learned , seen, or experienced, because everyone has a story; some horrific and complicated, but those tales are also wrapped in benefits, lessons, laughter, hope, discipline, sacrifice, harmony of purpose while pressing toward the higher calling for Christ, their communities and country. Dovetales with Deborah is not about obligatory love…just love for Him when becoming a part of a worldwide movement as the church takes the Word of God outside the church walls, off the biblical pages, and into the lives of everyone it encounters.

The goal is to show how the Word of God is truly living and active in the believer’s life, because a believer doesn’t choose who to love; they just love their neighbor, as themselves.