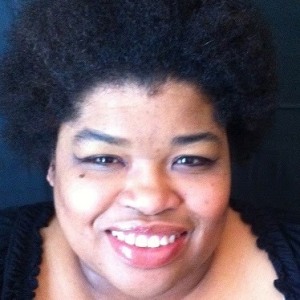 DCL Ministries is pleased to feature author Adrienne Thompson the woman of God who writes stories from the Soul… for the Soul. This mother who has raised three children is nothing short of an over comer and an inspiration for anyone who thinks they can’t do it. Adrienne Thompson has written 25 books with the release of her new book titled, ” See Me, Too” scheduled to release July 5, 2016. This anticipated book will be flying off the shelves so preorder your copy today. Adrienne is known for saying that she has a heart for women and that is why she uses the lessons of her life, which has expertly taught her, as a guideline. Adrienne writes about: betrayal, abusive relationships, self-esteem issues, depression, and witnessing the deteriorating effects of drug abuse. It is no surprise to me that Adrienne has reader’s who stay both entertained and inspired as they dive into her labyrinth of books for comfort and encouragement.  This month DCL Ministries knows you will be blessed, encouraged and inspired as we provide you a snapshot of this extraordinary woman’s journey to victorious living.

Adrienne Thompson, last month , was also special guest on our radio program titled Dovetales Radio which you can tune into every Sunday, 2:30-3:30 pm eastern time under PJC Media Network. You can hear Adrienne Thompson’s story in detail by tuning in here.

In the meantime enjoy this article and be encouraged…

Adrienne Thompson was born in Cleveland, Ohio to a medical doctor and an educator, the younger of two children born to that union. She was reared in Pine Bluff, Arkansas. Adrienne became a mother at fifteen, was married at sixteen, and was the divorced mother of three children by age twenty-four. Despite dropping out of school at sixteen, Adrienne went on to earn her GED, and at twenty-three, became a second generation college graduate with a Bachelor’s Degree in Biology from the University of Arkansas at Pine Bluff. In 2002, Adrienne earned her RN Diploma from Jefferson School of Nursing and began a ten-year career as an RN.

In 2009, seeking to find her God-given purpose, Adrienne rediscovered a love for the written word and began to create inspirational fictional stories, the first of which, Bluesday, was published in July of 2011 and was well-received. To date, Adrienne has written and independently published 25 works of fiction, nonfiction, and poetry. In 2012, Adrienne resigned her nursing job to pursue writing full time. She continues to publish her work under her own imprint, Pink Cashmere Publishing, LLC, as well as provide freelance self-publishing services to other authors.

A life-long Bible student, Adrienne attributes her success to God’s faithfulness and sees her career as a writer as her ministry. She is also a motivational speaker, an avid reader, a music fanatic, and the doting grandmother to a heavenly little boy and girl.

With her children all grown up, she currently resides in Arkansas in her newly-empty nest. She plans to write her compelling and heartfelt stories as long as God commissions her to.

You can connect with her via:

About See Me, Too:

Book 2 of the See Me Series

“Love is as destructive as it is generative, as perfidious as it is devoted, as unseemly as it is beautiful.” – Dr. David A. Moy

In this sequel to the controversially explosive novel, See Me, we revisit the Moy family and learn that the legacy of dysfunction left behind by the brilliant Dr. David Moy is more entrenching than one could ever imagine.

Olivia has moved on with Bennett Paul but finds that letting go of the past is not at all easy.

A newly married Jason Moy finds himself battling demons of his own.

Avery Moy is tangled in emotions he can’t seem to control.

New characters are also introduced, and new secrets are revealed in See Me, Too.

After all of the time that had passed, and all of the time she’d spent in Avery’s presence, it still unnerved her, at times, to be around him. His face, so similar to David’s, and his voice which matched David’s in pitch and tone, would send chills down her spine rather often. She had to remind herself over and over again that David was dead. Avery was not David.

He’s not David, she repeated in her mind as she eyed the clock. But despite that reassuring fact, she grew more and more nervous as the time of Avery’s expected arrival drew nearer. She closed her eyes and took a deep breath. He’s not David. He’s not David.

When the doorbell rang, Olivia nearly screamed, startled by the sudden intrusion into the silence. She sighed, stood from the sofa, and smoothed the front of her long skirt. Running her fingers through her dreadlocks, she slowly walked to the door, grasped the door knob, and braced herself. “Who is it?” she called through the door.